We have Breath of Fire games availables on Super Nintendo

Breath of Fire is a role-playing video game series developed by Capcom. It originated on the Super Nintendo Entertainment System in 1993. The series is notable for its recurring characters and ambiguous continuity; though each game is its own self-contained story, the names of the two lead characters are, invariably, Ryu and Nina. 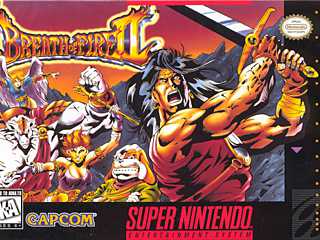